The German Supply Chain Act has just become effective as the European Union is about to come up with something similar. Both laws aim to protect human rights and avoid child labor while putting companies in charge and there is absolute nothing wrong in doing so.

But what do these laws actually mean for the everyday’s business of small and medium sized companies like Munsch? We invited Mr. Karsten Lucke, a Social Democrat and MP with the EU Parliament for a discussion at Munsch Chemie-Pumpen GmbH.

It quickly became evident that it is not the general purpose of these laws but their specific handling in daily business that makes companies worry. Even though Munsch is not directly affected by the laws because of its company size, employees report about an ever increasing amount of work as large international customers from chemical industry and industrial engineering are actually passing on responsibilities by means of extensive questionnaires and audits. This adds up to several man-month per year already. In addition, as Mr. Lucke got to know from a recent visit with the local chamber of commerce, that even the smallest companies might get affected by the law when dealing with public tenders.

Withdrawal from Countries of Risk?

From our point of view, it feels somewhat absurd if German and other EU based companies confirm their compliance with child protection laws to each other even though this topic is already covered by existing legislations. We told Mr. Lucke about our successful efforts in Africa with a very positive impact on air quality. However, an EU law that puts additional responsibilities from the customer side on our shoulders may soon lead to a withdrawal from those countries where risks are too high.

We emphasized the fact that supply chains, especially in mechanical engineering, are often complex and not as transparent as sometimes mentioned with textile, coffee or tea industries. Obviously this applies to their traceability too.

What Can We Do?

As a good public debate requires participants to change perspectives sometimes, we were happy to answer Mr. Luckes question which way we would go if we were the ones to legislate in this case? In fact, we would appreciate if the Supply Chain Act would not apply to EU companies within EU territory as current laws up to the constitutions already cover what needs to be covered in terms of human rights. These laws are absolutely binding for us. Outside the EU we suggested to work with black and white lists in a way we already do it in export control successfully for years. This way bureaucracy would be lowered to a very practical amount.

This proposal originated from a study of the IfW Kiel that was made on behalf of the Impulsstiftung des VDMA, the Association of German Machine and Equipment Manufacturers. Moreover, we think the liability clause needs to be revised in a way that it only covers the direct influence companies can have.

We are grateful for Mr. Lucke’s visit and the open discourse. “Debates like this – at eye level – is what we expect from politics.” We wish Mr. Lucke good luck and success with his work for our district at the EU Parliament. We enjoyed it. 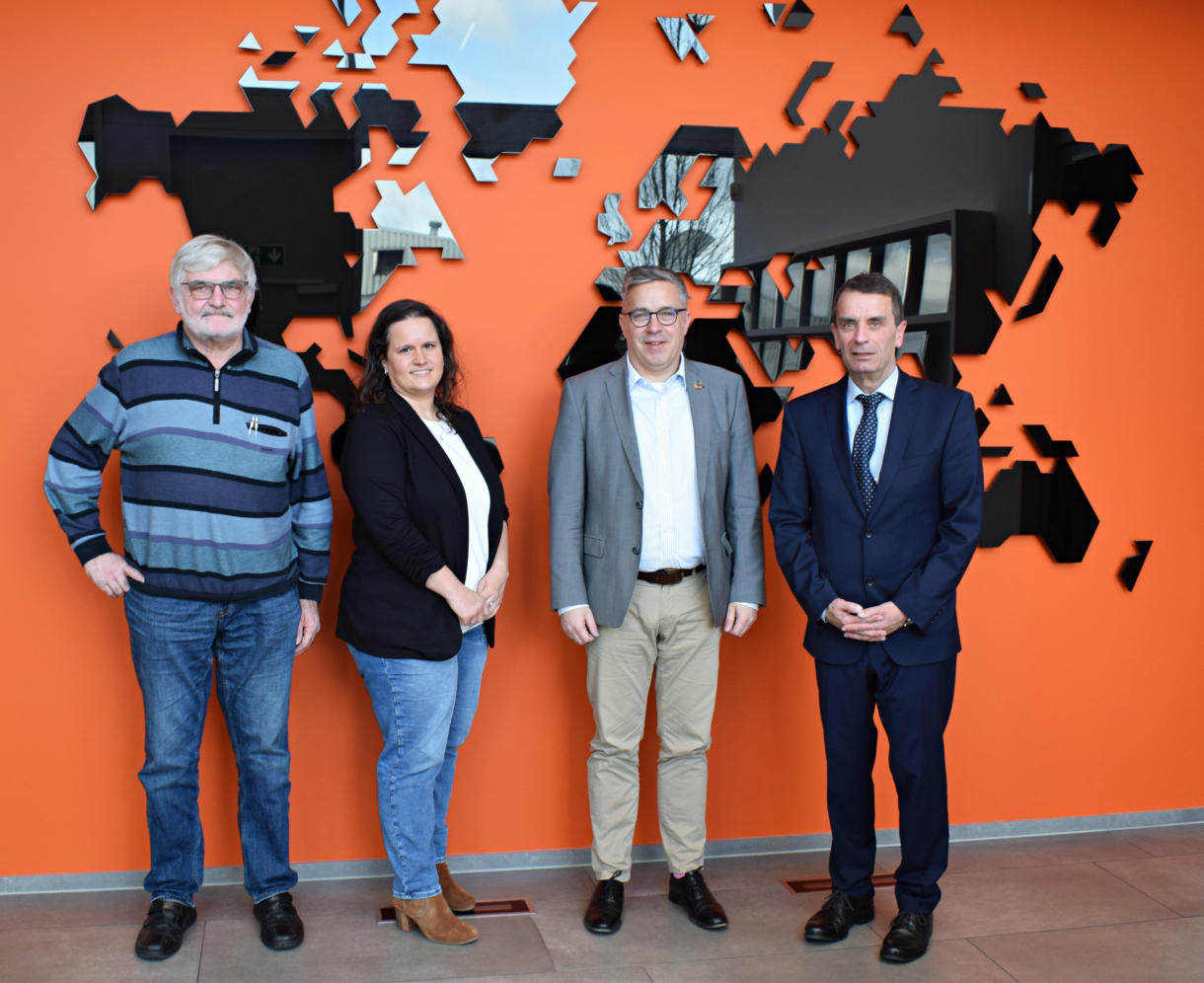